My introduction to the inner realm and Life Beyond Form started with a bang in 1995, when I met Raym, a crystal master and Shaman at the Crystal Castle, Mullumbimby on the NSW north coast near the famous beach resort Byron Bay. Having never experienced a shamanic journey, or delved into crystals, I had no idea what it would be like.

At that time, I was practicing law as a barrister, on circuit with the court in Northern New South Wales. I used to love going up there to work because I’d always squeeze in a day either side to do something fun. Had it not been raining I probably would have gone to the beach!

My crystal dreaming session went like this. Raym swept my energy field (at the time I didn’t really know that I even had an energy field). I sat in a chair with my eyes closed as he had requested, and tried to relax. I thought he had a torch in his hand, and that he was flicking it on, off, on, off into my eyes. It seemed weird but so was the idea of crystals doing anything to anyone. When he finished the torch thing, I said…
“Why did you shine a torch on and off in my face?”
He said, “What torch? I didn’t have a torch.”
I said, “You must have because there was bright light pulsing on and off in my eyes.”
He said, “Oh, that was coming out of my hand.”
Seeing no torch in evidence, I’m sure my jaw dropped.
I then lay on a mattress covered in beautiful material and surrounded by crystals. Raym then placed crystals all over me.

Join us for Life Beyond Form…

The next part involved a journey to the inner realm. We went through various inner dimensions and cleared pain I didn’t know was there from my heart centre. Then it felt like everything sped up and I was journeying rapidly inward with an angel beside me. I ended up in a realm of absolute white bliss, where I felt myself to be one with all of nature, one with the trees, one with the sky, one with the earth. There was no end to what I conceived of as Self. It went beyond the earth, through the stratosphere and out into space.

The bliss was so wild and all-encompassing it felt like thousands of orgasms happening not just everywhere in my body but in the trees, the sky, everywhere. It was a most extraordinary experience for which I had no frame of reference. It would get so strong I thought I would explode out of existence and as that fear arose it would back away, then I would call it back and it would happen again, this went on and on.

It took some time to fully land back in my body and I knew that something important had shifted, something new was beginning. Truly, it changed my life. Immediately some voice from deep within said, “I have to learn this, will you please teach me?” Those words came out of my mouth and it was the beginning of a lovely friendship and a rapid period of spiritual growth.

We arranged for Raym and his wife Chicchan to come down to my home in Sydney and give 20 of my friends crystal dreaming sessions, which I arranged and sat in while Raym facilitated. Oh my goodness, what a lesson in Life Beyond Form! Through those sessions, all manner of beings that I had vaguely heard of in mythological books, Gods and Goddesses, Earthbound Spirits, dark lords who made my skin crawl, and sublime Angels appeared and if they were not of the light, were cleared. I came up close and personal with all these things.

Rapidly and unexpectedly, I found myself able to perceive subtle energy. I would never have described myself as a clairvoyant or clear sentient and had little understanding of the terms. I didn’t think of myself as an intuitive, I was a lawyer. A good, sensible lawyer! Lawyers don’t believe in ghosts, they don’t have mystical visions. They don’t travel across the galaxy in their astral bodies.

Truly, it was a shock. So many real things happened, and the instant we shifted a being, the change in a person’s health, pain level, mind or emotional body was so dramatic that it would not have been rational to deny that something important was going on.

The conception that I held of reality was shattered, my paradigm expanded and I knew that I would become a healer and spiritual teacher, and go beyond the closed down half asleep consciousness that I thought was all there is.

On about the third day of this extravaganza of healings, I found myself running, I ran down to my local park, sat on a park bench and out came a huge ball of anger, angry tears at having not been told about any of this, not knowing about all this life going on around us, having spent 18 years going to church and never opening into anything other than intellectual understanding of virtues and service.

I felt fury that it had taken until I was in my 30s, to witness these tremendous uplifting, healing powerful spiritual experiences. What a waste of 30 years! Why doesn’t everybody know about this stuff? Because the alleviation of suffering that I’d seen in those sessions, the way that I’d seen people go from being stressed and anxious or in pain on arrival, through their opening perception to their inner self, then something would clear and they would feel expansive, peaceful, hopeful. It just happened so fast, an hour and a half with this process. It would be as life changing for some of those people as it had been for me.

I then started to devote myself to learning about all the things that I’d experienced. Since then I have avidly explored, experienced, learned, taught, healed, expanded my consciousness, helped others to perceive more on their own journey, and landed in an enriched and multi-dimensional and very real series of worlds.

Life Beyond Form is part of my desire to offer back something of what I’ve learned, not just those experiences I’ve recounted but a whole lot of others too. It’s a great joy to be able to help other people to overcome things that are sometimes held fearfully and instead to be able to understand the richness of creation and how everything has its place.

When you start to be able to conceptualise the multiverse in a different way to how we were all taught as we were growing up, it brings liberation, it brings answers. Life beyond form is a voyage of discovery, a voyage of sharing, an adventure, a journey that I hope will weave in and through your unique life and bring understanding, joy, that will feel uplifting, thought provoking and transformative.

← Prev: Tuning into the Inner Realms & 3 Ways to Awaken Your Kundalini Gender and the Patriarchy → 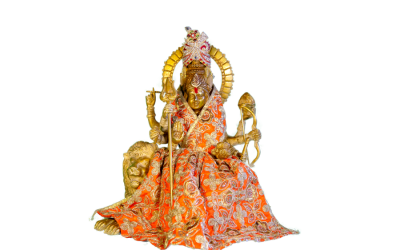 Navaratri – The Festival of the Goddess

We're currently in one of my favourite times of the year, which is Navaratri - a nine night Festival of the... 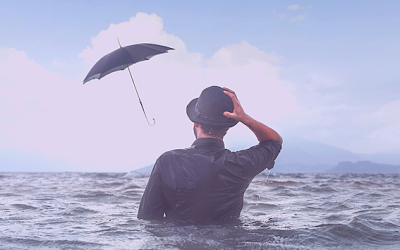 Bad Luck – A Self Fulfilling Prophecy?

Do you play a part in your bad luck? Or is it simply happening to you? Have you ever gone through a cycle of bad luck,... 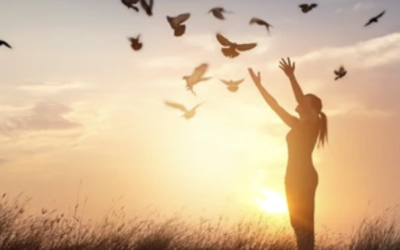 Orbs of Consciousness – Blindfolds of the Soul

What's happening in your consciousness today? What is flooding through your mind? And what is the lens through which... 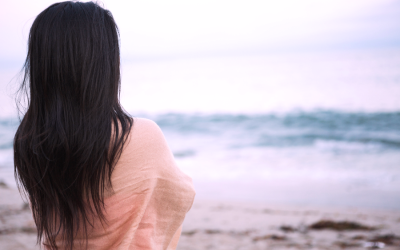 Poppy came for a healing with a life of endometriosis and a feeling of severe pain and hopelessness concerning her...